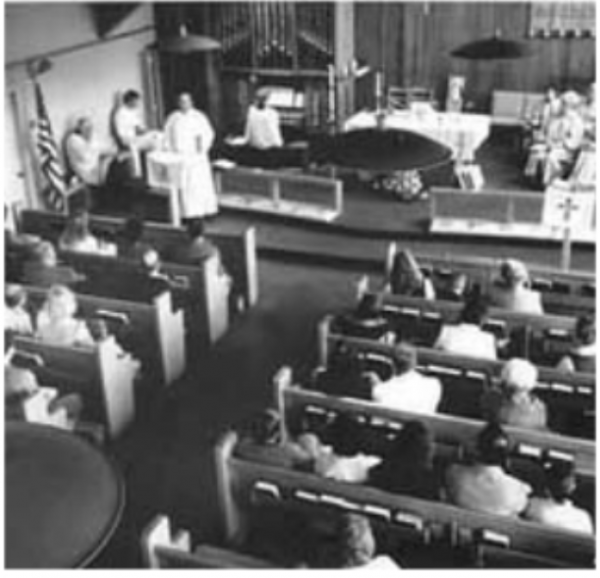 "Oh ye Frost and Cold, Bless ye the Lord;
Praise Him and Magnify Him Forever!"
~ Inscription on the mission bell at Allakaket, AK

Throughout the early years of its existence, the small town of Anchorage sat high on a bluff above Cook Inlet and was comprised of six gravel streets which ran about 20 blocks from east to west. All Saints’ was the only Episcopal Church present. Following World War II, as more people moved to town and began spreading south, some families asked the Bishop of Alaska if they could start a mission to accommodate this new area.

On November 28, 1954 the first service of St. Mary’s was held in a garage in the Anchor Homes subdivision on the northern end of Lake Otis Street, now a four lane paved parkway. The Reverend Philip Jerauld became the priest in charge. 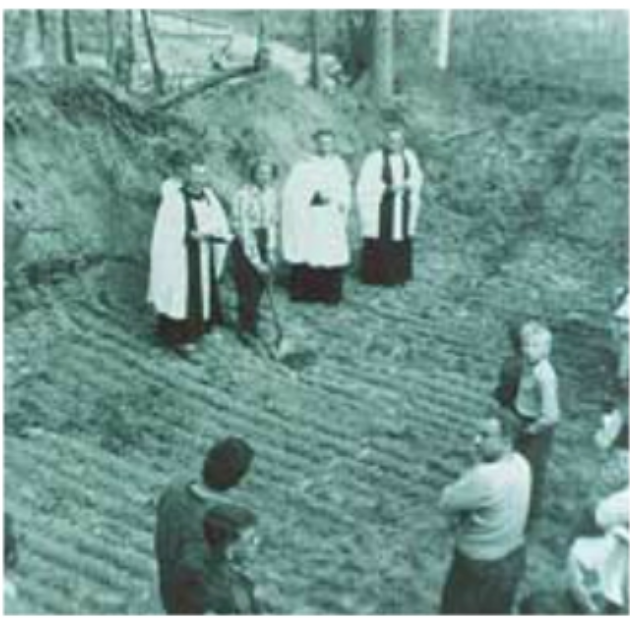 The following summer, Marcie and Roger Waldron donated five and one-half acres of their homestead at the corner of Lake Otis and Tudor Road, with a spectacular view of the Chugach Range. A basement was completed there in time for the first service on October 2, 1955. Local residents questioned putting a church in such a remote location, but over 6 decades later, the corner of Lake Otis and Tudor has become one of the busiest intersections in Anchorage.

In May of 1958, the church building was completed and the Reverend Sandy Zabriskie took Reverend Philip Jerauld’s place. During this transition, St. Mary’s grew at a rapid pace, with a rectory and bell tower added by 1962. The Sunday school outgrew its original location (which was a Quonset hut in the church parking lot). So in 1967, the next addition was a ground floor to a Christian education building that was built on the hillside so all the rooms could have full windows. The granting of aided-parish status soon followed.

In 1968, as Anchorage’s population was growing rapidly on the heels of the discovery of oil at Prudhoe Bay, the community at St. Mary’s was also growing.

In 1969, the Reverend Charles (Chuck) Eddy was called, following the departure of Reverend Sandy Zabriskie. 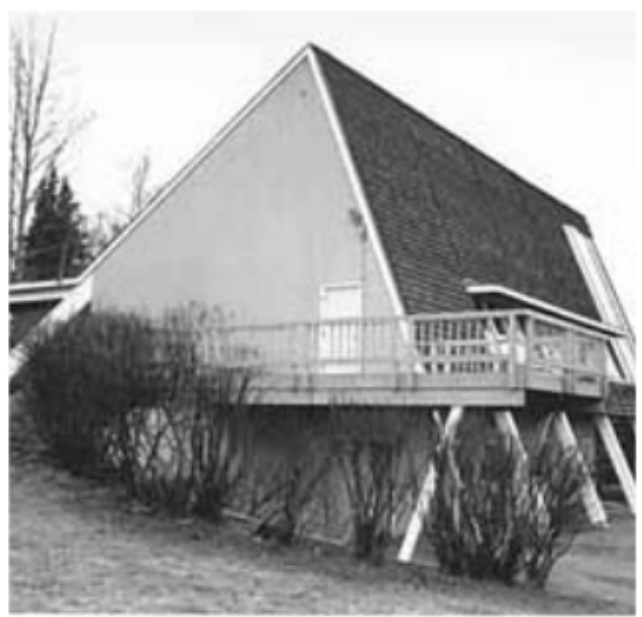 The church gained full parish status in 1971 and the Christian education building, Waldron Hall, was completed a few years later. Due to this expansion, an Associate Rector and a Secretary were hired on a full-time basis. The rectory was transformed into offices when the Eddy family purchased their own home. St. Mary’s also helped to start new missions in south and east Anchorage.

In 1984, the vestry decided to purchase three and one-half acres of wooded land adjacent to St. Mary’s. This move was prompted in part by city plans to widen the busy intersection at Lake Otis and Tudor and the resulting interchange would have wiped out the church.

In 1991, faced with overcrowded facilities, St. Mary’s undertook a major fund-raising campaign, in which 270 donors graciously donated and raised enough funds to help with expansion efforts while only leaving a relatively small mortgage.

By 1993, the parish built a large new addition which connects the old church building to Waldron Hall. This provides a modern sanctuary with chairs and glass windows looking out on the mountains, seating approximately 300 people.

The new building added a: paneled library off the Narthex, two small meeting rooms, an expanded Waldron Hall and a commercial-grade kitchen. Below ground level, a number of classrooms were added as well.

The old church now houses a chapel and five offices, with the large basement room serving as meeting space for various groups in the community.

Today, the beige-brown buildings are in full use from early morning until late at night. They stand above the intersection and beyond the commercial neighborhood, a beacon for the many community outreach activities and groups which St. Mary's hosts.

Share this page: History
Discover About Us Who We Are What We Believe Inclusion Calendar History

How to Join by Phone

You are invited to join in Noonday Prayer on Tuesdays and Fridays at noon, over Zoom. The Zoom room will open around 11:50.

...that God is calling us to grow and deepen our relationship with God in Christ Jesus, by becoming an ever more active inviting, inclusive and multicultural community of faith, intentionally inter-generational from infant to elder, always reaching out to those within and outside our community, with many small group opportunities in which to share and live our faith. We'd love for you to be a part of our lives together.

Giving is a powerful spiritual practice. It's a statement of gratitude and trust in God.

At St. Mary's we encourage all our members to prayerfully consider giving abundantly toward causes that serve God's mission. We ask that part of that intentional giving be a pledge of financial support to our parish, both so our leadership can plan ahead in making a budget, and as a tangible commitment to what God is doing here at St. Mary's. Make your pledge for 2022

You can also make a one-time donation, make a donation toward your existing pledge, or make a special offering by clicking here: Give Now